A blow to the million march

It proved to be a blow to shameful million march (which is actually “satirical march”) which was organised by forcing people who came limping. But Chechan million march, is just tip of an ice berg……  Lo Chechan President Kadyrov….. coz he has started a fission chain reaction of million marches…….So, this chain reaction is likely to engulf all Muslim countries and whole globe (God Willing). These tiny titly bitly million march has no value value in front of BILLION, TRILLION, QUADRILLION, QUINTILLION, SEXTILLION, SEPTILLION MUSLIM MARCHES.

1)   Now a million march is being planned in Pakistan under Dr Asif Jalali.

2)  Moroccans are Organizing “One Million March” to Honor the Holy Prophet (May Allah’s Peace and Blessings Be Upon Him). A group of Moroccan social media users are preparing for a “one million march” for February 1 in protest of the French satirical magazine Charlie Hebdo’s latest edition, which contains new provocative cartoons about the Prophet Muhammad and Islam in its first issue after the attacks on its headquarters in Paris. The majority of social media users applauded Morocco’s refusal to participate in the blasphemous solidarity march in Paris.

O’ You blasphemars of France donot even think of challenging us…………. 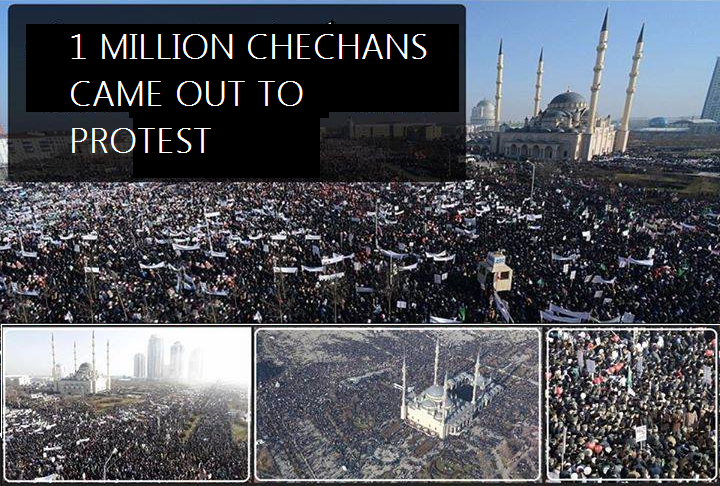 GLIMPSES OF MILLION MARCH IN CHECHNYA 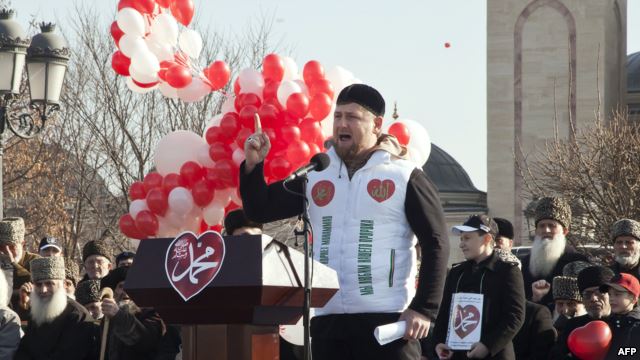 Chechen leader Ramzan Kadyrov speaks at a rally in Grozny on January 19 against the publication of cartoons of the Holy Prophet Muhammad (May Allah’s Peace and Blessings Be Upon Him) by French weekly Charlie Hebdo.